Neighborhoods of Barcelona | Discover The Ideal Place To Live

Among all the wonderful cities in Spain, Barcelona is without a doubt one of the best to study and work. Its streets are full of history and culture. Its beaches of white sand always have something exciting going on. And, when it comes to accommodation, the Neighborhoods of Barcelona have everything you need for a good life.

But, beware. When it comes to choosing a place to live, it is important to be serious about it. So, to give you a hand, we’ve prepared this selection of the best neighborhoods in Barcelona. And, you can trust us, since here in Spain, we are locals. Without further ado, let’s go!

Neighborhoods Of Barcelona | Discover The Ideal Place To Live

Sants has got to be one of the best neighborhoods of Barcelona, characterized by being a very quiet residential area. This neighborhood is located 10 minutes from the center and it is popular for the Sants train station, among the largest in Barcelona.

Although it’s true that Sants does not have many tourist attractions, it is very close to several points of interest. For example, you’ll be close to the Plaça Espanya, the Magic Fountain, Camp Nou, and Montjuïc. Besides, in the area, you can find restaurants, cafes, bars, and the world-famous Space Club.

Gracia is also among the most popular neighborhoods of Barcelona. This neighborhood is famous for its bohemian and relaxed style. And it is only 5 minutes from downtown. It is populated by artists who fill the streets with color and culture. Also, with so many elderly people, it is a very quiet, safe and, it is worth saying, traditional residential area.

Plaça del Sol is one of the points of interest in Gracia. Around it, you’ll find a great variety of cafes and bars that at night are full of people having a drink. In addition, there is a large concentration of international restaurants, boutiques, and traditional Spanish shops.

L’Esquerra de l’Eixample is characterized by its old air. And along its streets, you can find blocks of apartments and historical buildings dating from the 19th century.

Located a few minutes from Sants, Esquerra has a wide variety of art galleries, trendy cafes, luxury boutiques, and lively gay bars. But, the University of Barcelona and the Plaça Espanya are the main po

This is one of the neighborhoods in Barcelona that form Eixample, which translates as “widening”. It is so-called because it is the newest part of the city. And, besides L’Esquerra de l’Eixample, the district is made up of Dreta de l’Eixample, Sagrada Familia, Sant Antoni and others.

Dreta de l’Eixample is one of the most luxurious and exclusive neighborhoods of Barcelona. In other words, here, you can find exclusive luxury shops by international designers and elegant restaurants.

Also, this neighborhood is famous for being home to some of the most important architectural monuments in Barcelona and Spain. So, La Sagrada Familia, La Pedrera and Casa Batlló are near at hand.

La Sagrada Familia is one of the most famous neighborhoods in Barcelona. Of course, this is because it is close to the world-renowned temple of the Sagrada Familia. Belonging to the Eixample district, Sagrada Familia is central but very quiet. So it is ideal for people who do not want to live in the suburbs but want a relaxed lifestyle.

Naturally, the Sagrada Familia is not the only attraction in this neighborhood. In its streets, you’ll find other modernist buildings such as the Sant Pau Hospital or the busy Sagrada Familia Market. Also, the neighborhood has parks, cafes, and restaurants where it is ideal to hang out. 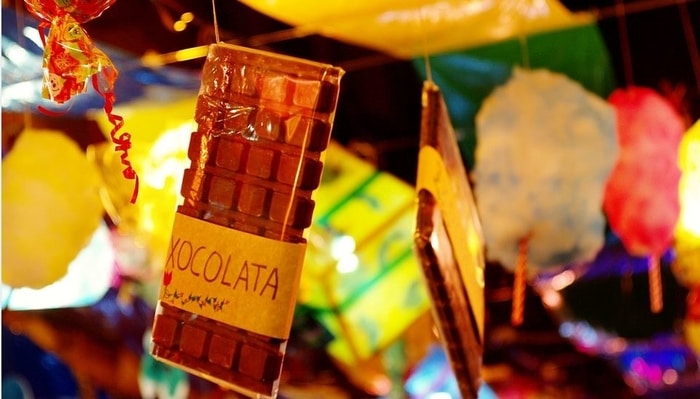 Sant Antoni is another of the central neighborhoods of Barcelona. Like many others, it is characterized by its relaxed style, but at the same time, is very lively. Sant Antoni also belongs to the Eixample district. And so, it is quite close to the main points of interest in the city. Thus, it is a very popular neighborhood among visitors and foreign students.

Due to its proximity to the Raval and L’Esquerra de l’Eixample, it is possible to find a wide variety of bars, cafes, and restaurants. However, one of the greatest attractions of this neighborhood must be its weekly fair. It happens every Sunday, where old books and all kinds of collectible artifacts are exhibited.

El Poblenou is another of the must-see neighborhoods of Barcelona. It was a former industrial settlement and took a 180-degree turn to become an important residential and leisure area. It is located 10 minutes from downtown and offers its inhabitants a relaxed lifestyle. 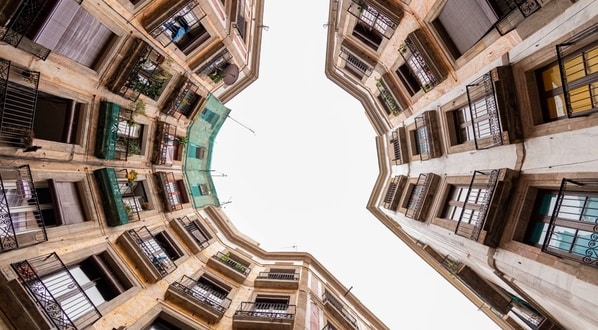 Located 10 minutes from the center, El Born is another of the neighborhoods of Barcelona that attracts everyone’s attention. With its medieval style, El Born has become a lively settlement of boutiques, restaurants, and bars. Furthermore, here you can get a great variety of types of food at an excellent price.

Also, El Born is home to old historical buildings such as the Basilica of Santa María del Mar and its colorful stained glass windows. Other points of interest are Picasso Museum, Ciutadella Park, the Barcelona Zoo. And, of course, the beach, which is a 10-minute walk.

Barrio Gótico | One of the top medieval neighborhoods of Barcelona

The Gothic Quarter is another one of the medieval neighborhoods of Barcelona. The narrow streets and historic buildings are a sample of the history of Barcelona as a Roman city.

There are many points of interest like the Museu d’Història de Barcelona, a must-see spot. Also, there’s the church of Santa María del Pi and the emblematic La Rambla street. In addition, you can find a wide variety of trendy bars, nightclubs, and Catalan restaurants.

This is a neighbor of the Gothic Quarter and another of the most popular neighborhoods of Barcelona. Along its streets, you can find many bohemian bars, designer and street art shops, and restaurants that are worth visiting.

Also, here you’ll find points of interest such as the Museum of Contemporary Art and the Center for Contemporary Culture. In addition, being close to La Rambla, it is possible to visit other tourist attractions and gastronomic stops. So, as you can see, this neighborhood is perfect for more bohemian and contemporary lovers. Are you one of them?

Poble Sec is one of the most residential and safe neighborhoods of Barcelona. But that doesn’t mean it’s boring. In fact, there is also a lot of entertainment. Here, it is possible to find very popular bars and restaurants, a theater and even a nightclub.

It is 20 minutes from downtown and La Rambla. This means that it is possible to visit many places of interest. Poble Sec is home to Plaça Espanya, the most popular gathering spot in the city. And there are also several art museums worth visiting.

La Barceloneta is another of the neighborhoods of Barcelona that stands out for its beachy and relaxed atmosphere. Here, lovers of surfing, the beach, and seafood find their home. And those who are just passing through are left with an urgent desire to return.

Barceloneta is home to the Olympic Port, the Montjuïc Cable Car, with one of the best views of the city. And it also houses the largest aquarium in Europe. This is a temple of marine life around Barcelona and the world. However, the main attraction of Barceloneta must be its food. Indeed! Here, you can find the best seafood in the city.

How to Choose a Neighborhood in Barcelona

Alright, now you know everything there is to know about the neighborhoods of Barcelona., But you may be wondering which one is the best for you. For that reason, we wanted to share with you some tips that could be useful when choosing your next home.

Hey there! My name is Charlotte, and I'm working as an International Project Manager at GrowPro Experience. My goal is to help students all around the world to live the experiences of a lifetime 🙌🏽. I'm trying to inspire students by means of telling the story of former growers, showing what we are doing at each destination and writing about our cities and tips on our blogs. I got a big passion for adventures, doing sports in the park, learning new languages and seeing new places 🌏. That's one of the reasons why I studied European Studies and why I currently work for GrowPro, to expand my horizons. Hopefully, I can inspire you to do the same!

International educational experiences for adventurous souls. Study and work in countries like Australia, New Zealand, Canada, USA, Ireland or Malta. Make friends from all over the world, explore and live unique experiences.